Introduction
Do you feel like you’re in the middle of nowhere? Well, maybe that’s good news. At least you’re in the middle rather than stuck at the beginning or staggering towards the end. Brno is also in the middle of nowhere, but that means it’s close to everything – to Prague, to Vienna, to Bratislava. And that’s why we love it.
Short film is also in the middle of nowhere. Humans are strong enough to carry cameras but not strong enough to carry them for two hours. And that’s why we have short film and we’re grateful for it. And we’re grateful for every filmmaker who knows that every short is meaningful which is why it’s worth coming back to it over and over.
What about BRNO16? We celebrated 60 years last year but we still feel like we’re at the beginning and there’s still a lot to learn. At the same time, however, we feel like we’re too old to improvise and like we would like to experience a comfortable event at least once. Hopefully it’s just that we’re in the middle of nowhere and so the festival is what it’s supposed to be and it will remain this way even after our ironic bones are overgrown with nettles.
Hence why we hope you can enjoy the beautiful feeling of being in the middle of nowhere. The feeling of eternity in spite of the crisis. Let’s stay strong and take care of our health, because in the world that awaits us... we will need it.
Milan Šimánek, festival director 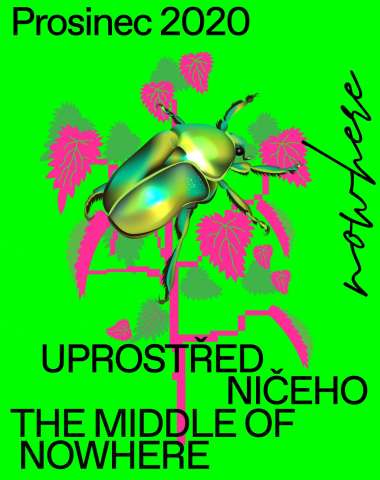