Introduction
We would like to welcome you to Brno sixteen 53rd anniversaries. Just as filmmaking technology keeps changing also our festival evolves. Its name deriving from the 16mm format is a reference to the origins of this longest continually functioning festival in the Czech REpublic. Over decades, it has been growing from an amateur competition at the beginning into the current international event focusing on low-budget films regardless the technology or whether produced by an amateur, a student or purely an independent filmmaker. This year of festival with an underground tradition offers a competition of almost fifty carefully selected short films out of more than 300 short films registered from around the world (for example from Poland, Spain, Germany, Norway, United Arab Emirates, Mexico or Argentina). As usually, there will be an international jury, and a number of domestic and foreign filmmakers and guests will attend the festival in person. Within the accompanying program there will be some interesting workshops for children and adults (making of optical toys referring to the era of precinematographic apparatus), several remarkable retrospectives (director Jan Svěrák will introduce his early works and the profile of Jan Zahradníček works will remind the avantgarde of the thirties). Among the projections you can enjoy the exhibition of unique prototypes of film cameras located in the foyer of the cinema. Your attention to the most recent works in an audiovisual industry is drawn by for example the Re-Edits – Rudolf H., presenting a selection of animated video creations of Daniel Pitín and Roman Štětina, or the lecture about the viral videos from the Videoflot workshop studio. We believe that the festival, which has been dynamically searching for its modern face over the last few years, will capture you by its high quality program and a unique atmosphere concentrated to the hall and foyer of the Brno Art Cinema. Dear viewers, we wish you a pleasant experience!
Miroslav Maixner, festival director 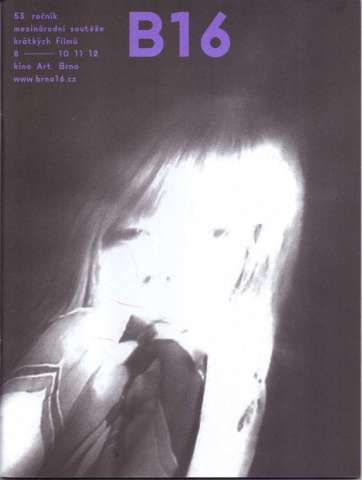