Introduction
The 55th year of Brno Sixteen is here. This longest running Czech festival is celebrating a respectable anniversary this year. If you're wondering whether this respectable age has had any influence on our festival, I can tell you that yes, it has. For example this year we realised that our festival really is international, because over 600 films (which is 50% more than last year) from all over the world have been submitted into the competition. That is why there are more films from outside of Europe in the final selection than there used to be. And because the interest from foreign and often prestigious film schools has been immense, this international reputation has become a huge commitment for us. The international awareness of this event has been purposely built not only by the generations of past organisers, but this year's team has also put much work into it. At the same time, we are more and more conscious of the fact that to be the best is not quite enough, because nowadays it is crucial to know how to get attention. This is why we've been struggling to find and adequate expression of both the modern and traditional atmosfphere of the festival and thus strenghten its position on the domestic cultural map. Furthermore, we are constantly in the process of doubting and restoring the identity of the festival and making many changes. As opposed to past practices, we have decided to accept animated films, borderline vide art sequences, and this year even musicals (well, one musical) into the competition. In the end you can see this process in our seeking of a new visual style of Brno Sixteen, whoch was this year created by the Prague-based studio Carton Clan. And because we're hoping that this expansion doesn't stop with the outsourcing of Prague graphic design, we have also started testing various forms of presentation of our festival abroad. Thus in the past years various both Czech and English forms of the festival's name have emerged, such as B16, Brno Sixteen, or simbly Brno 16. In the end we agreed that ven though not many young people probably connect it with original 16mm format, it will remain crucial, at least for our domestic environment, to preserve the festival's original name – Brněnská šestnáctka ("Brno Sixteen"). However, ciritical interpretation is still important, and this year's international jury, consisting almost half-and-half of film critics and filmmakers and lead by film theoretician and teacher, Ian Christie, will certainly concince us about that. I believe that just as we, the organising team, are excited about the 55th year of Brno Sixteen, you also cannot wait to see what this year's festival will bring. Be it the winning films, the films that don't get awarded in the end, the amazing accompanying programme, or the number of interesting guests from near and far, as festivals are mostly about meeting people.
Miroslav Maixner, festival director 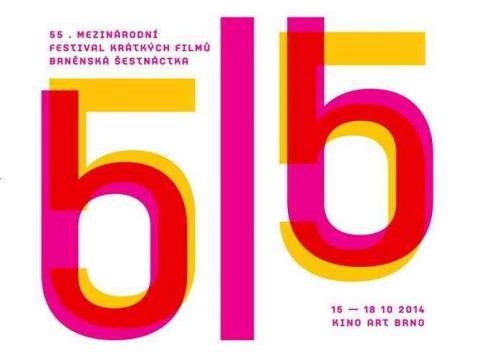